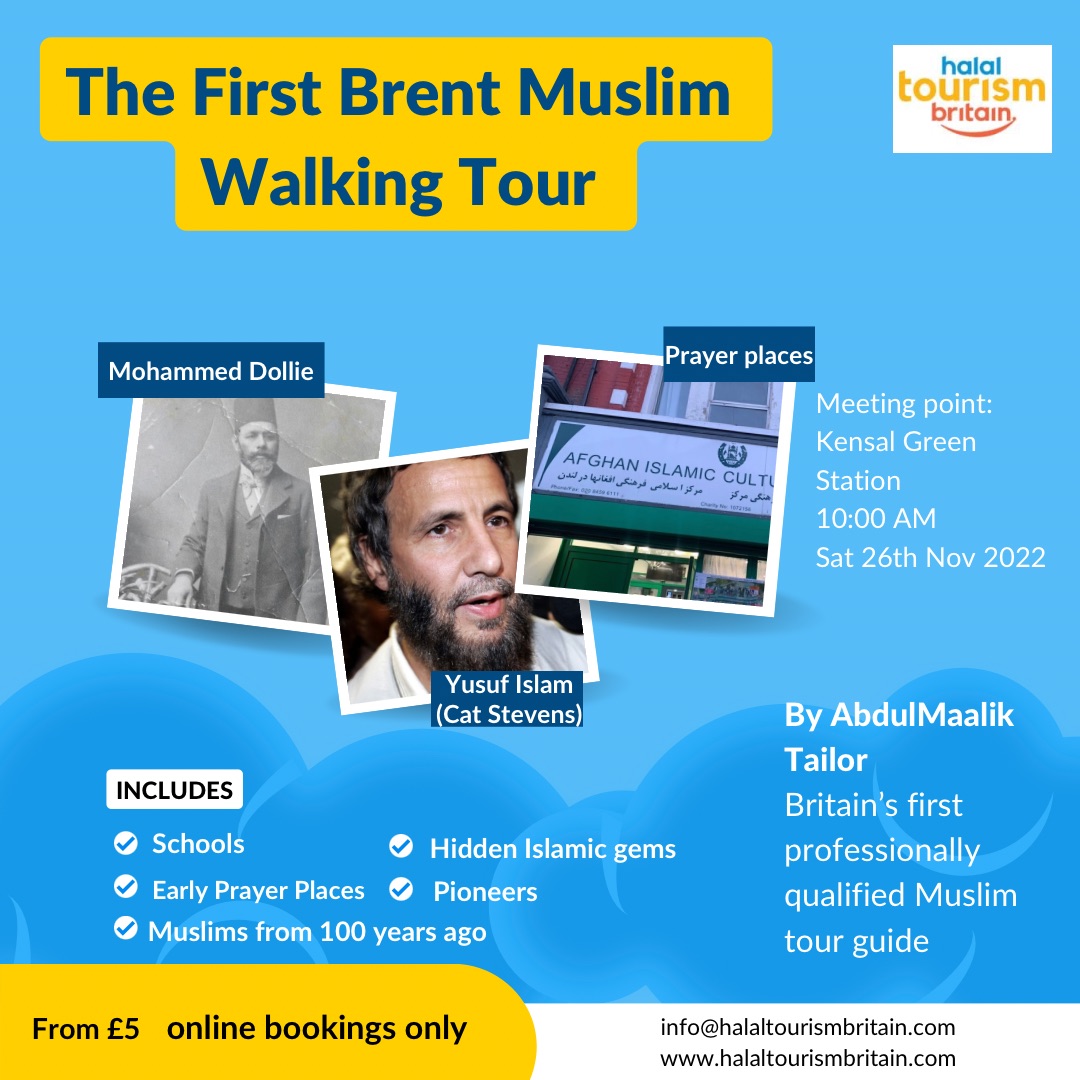 Discover the hidden Muslim gems on the London Borough of Brent where Muslims make up the second largest faith.
We will unearth some of the Ottoman connections including Haji Muhammad Dollie’s first London house who established London’s first Mosque in 1895 and his final resting place.
Queen’s Park has many events historically taking place including those by Islamia school which was founded by Yusuf Islam also known as Cat’s Stevens. But did you know there is a Muslim connection to the park more than 130 which can still been seen today.
Revealed by Brondesbury Park and Williesden High Street a Muslim student hostel, a 12 year boy who memorised the whole Quran and now leads even Fajr at a Brent Mosque (MashaAllah!)
The guided tour is lead by multi-award winning AbdulMaalik Tailor, Britain’s first professionally qualified Muslim tour guide.