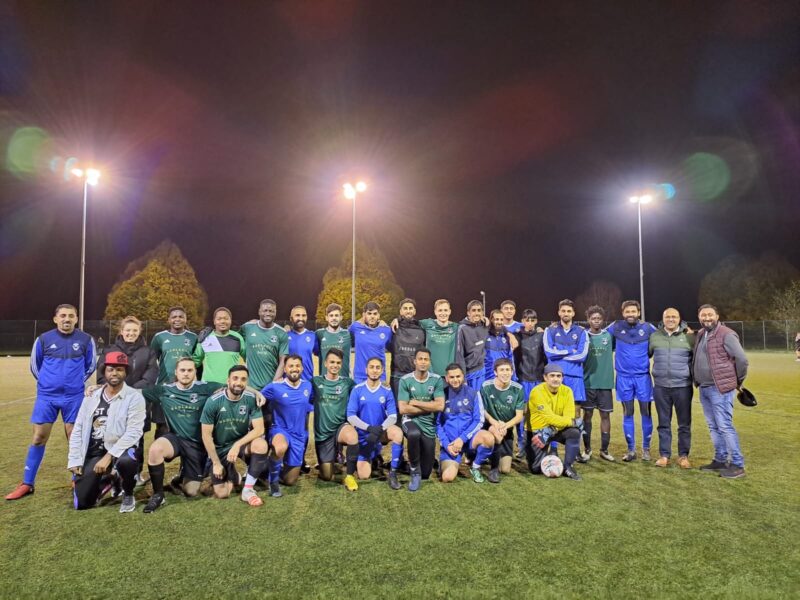 For a night in mid-November the weather was fair, meaning that spectators were happy to come along and support friends and family in what started as a friendly but as always became quite a competitive match at the end.

Following the match, player, coaches and managers joined for a meal, talks on Islamophobia and off course plenty of friendly chat and banter.

Both teams have been established in Scotland for many years, however Glasgow ANSAR definitely takes the lead having been established for over 20 years, where as Burnhill FC have only being going for around 3 years. However, both times played outstandingly.

During the match one of the couches came up to said how really positive for the players it was to have the opportunity to just play a match where they don’t need to worry about Islamophobia and racism. Where they are not playing in a predominantly white space but playing against others who just get it. This was a real eye opener and really highlighted the issue of islamophobia and racism in sport in general.  Something we all need to work on to improve.

We hope that this is the start of an annual event to help tackle Islamophobia and with thanks to all involved.