On Saturday 12th November, MEND was invited byNeeli Masjid in Rochdale to deliver a workshop in order to raise awareness of Islamophobia as part of the IAM campaign.

The causes and cures of Islamophobia workshop was delivered at the masjid. The workshop aimed to educate the congregation on the definition of Islamophobia, how it manifests in the UK, the causes behind its rise and what the community can do to tackle it.

The attendees were saddened to hear that stats show that for every one moderate Muslim mentioned in the press, there are 21 references to extremist Muslims. This showed the influence media has had in the rise of Islamophobia.

The attendees were also intro

duced to MEND’s ‘Nurturing Muslim Identities’ campaign. Parents amongst the congregation were delighted to learn that a nationwide campaign on protection of children’s religious rights at schools was underway.

The management at Neeli Masjid, its congregation and its Imam thanked MEND for delivering a very important and informative workshop.

MEND offers numerous workshops, presentations and trainings. Therefore, if you’d like a session delivered at your organisation or company, then do get in touch. 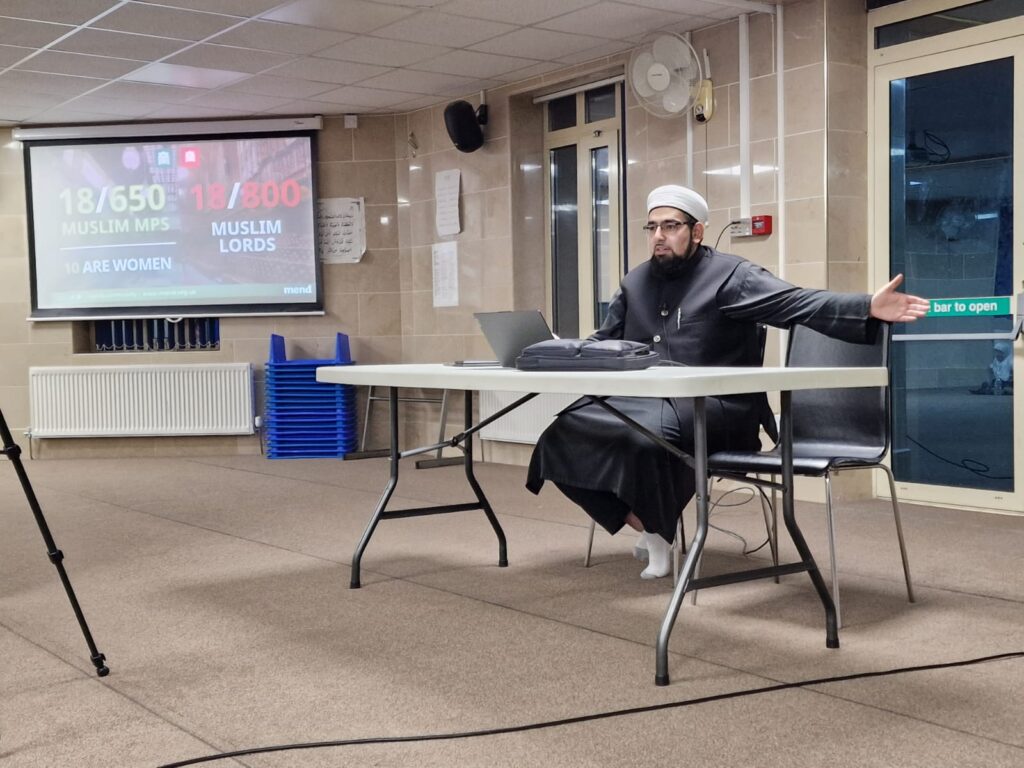 Edinburgh and the World of Islam: Walking Tour